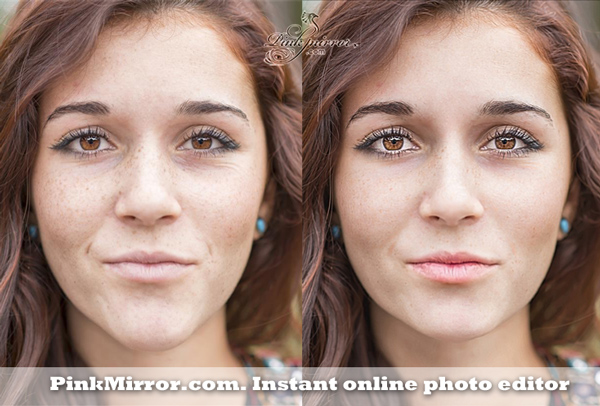 Get Digital Mentoplasty With Pinkmirror!


The term ‘mentoplasty’ refers to chin augmentation, a procedure that is becoming increasingly common in the United States and around the world. Its purpose is to balance your facial features in order to make you feel better about the way you look.

The thing is, you can achieve the same look with PinkMirror and finally have the well-balanced facial features you have always wanted on camera. It costs a few thousand dollars less and there is no recovery time in a hospital bed!

What’s So Important About A Chin Line Anyway?

Quite a lot actually because it can completely dominate your entire face! For example, if you are female and have a long chin, you may wish to use PinkMirror to reduce the size as longer chins are associated with men. Likewise, if you are male and have a soft chinline, you may want to lengthen and strengthen it to give it a more ‘masculine’ appearance because a soft chinline is deemed to be a ‘feminine’ trait.

There are other reasons why you may use PinkMirror for chin augmentation. Perhaps you wish to correct a malformed chin on-camera; some individuals unfortunately suffer bone abnormalities in the jaw. In other cases, a person’s jaw bone could grow on one side but not the other which leads to uneven facial symmetry. As you probably know, symmetrical faces are aesthetically pleasing and this is the look we all strive for in our images.

In contrast, if you have a receding or weak jaw line, you are believed to be weak willed and prone to being easily influenced. If your jawline is wider than your ear line, it is an indication that you’re extremely competitive and hate losing.

In the above photo, PinkMirror has been used to ‘feminize’ this woman’s face. Previously, she had a longer chin but used the PinkMirror chin augmentation feature to reduce its size and the end result is a softer and more feminine face overall. You might also notice that her nose appears to be a lot less prominent in the ‘after’ picture and her face has a much better ‘balance’.

Rather than opting for actual chin lifting surgery, try a digital mentoplasty with PinkMirror, it only takes a few minutes and we guarantee you’ll absolutely love the results!

Send Us a Message: